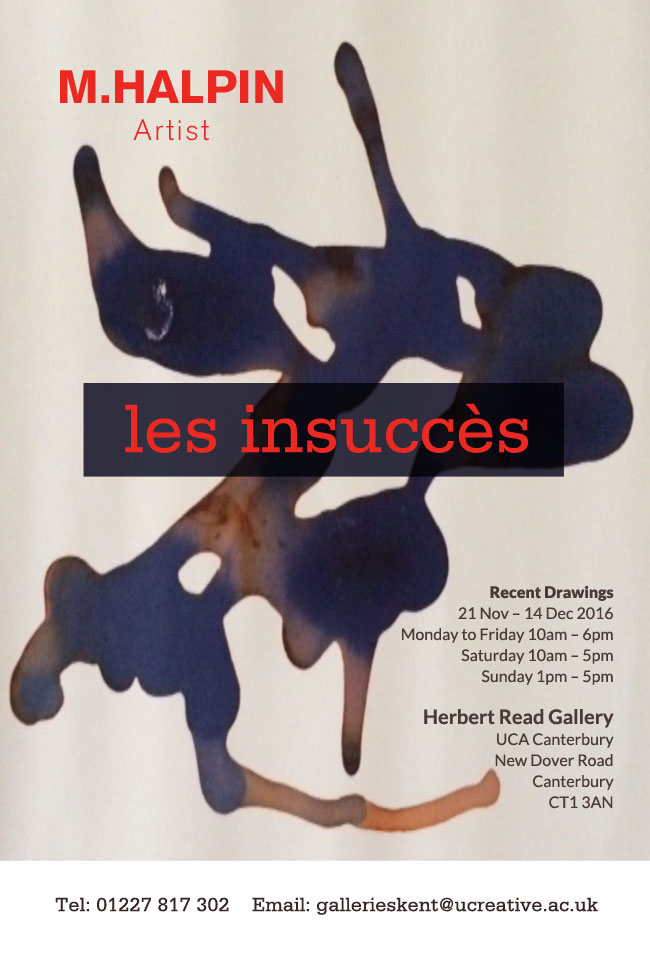 These process derived experimental drawings are informed by a number of elements which are key to their creation and the development of my practice.

The first element is mark making which is the basis of creating the works. It can commence from the choice of materials, the tools and methods of how the tools are used. In these examples there are two basic types used, but with one similarity they end up as liquids over time, when observed on cartridge paper. The first tool is an ink/ice cube placed on the paper ink side down. As the ice melts the ink is spread over the paper and the component colours in the ink released. The second is used engine oil which begins in the liquid form and spreads across the paper gradually separating into three sections. The addition of ink to the oil produces small globules of ink sealed by the oil which are visible in the central section of the oil drawings.

The second is intentionality in the works. They have both a content and object set of characteristics. The abstract images do not relate to a specific object, but more of a thought or noesis of perception. Within the intentionality there is a horizon suggesting the difference between the real image and the perceived as the ink/ice blocks melt, similarly as the oil and oil/mixture spreads across the paper.

Then there is chance which exists in two formats absolute chance, with a degree of the explicable and ordinary chance in which nothing is explicable. The latter is the foundation of these works, with chance the abstract images have been influenced by the external influences exerted through the studio floor as heavy vehicles have passed by, thus creating movements in the melting and spreading liquids in an uncontrollable manner. The images created are influenced by these effects. They are unique and unreproducible.

The randomness of the abstract images is related to chance that occurs following the initial precise base for the practice. There is a degree of unpredictability in the final part of the process, from which the images produced are devoid of the involvement of direct human bias or control in their creation. The resultant images are infinitely variable.

As with all experimental programmes there is a potential for failure which is the final element in this creative process. Yet one must ask the question – what is failure? If the final images are different to those anticipated they do not represent failure but are a manifestation of the results observed in the experimental drawing process. Failure in artistic terms has a different currency to other walks of life; as far as this process is concerned it is an identification of the unpredictable developments realised during the creative process. The results are experimental drawings.